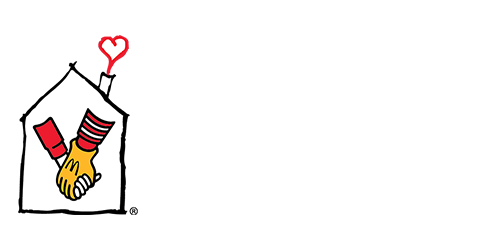 READY FOR BATTLE, AND WITH DAD RIGHT BY HIS SIDE, RIVER TOOK ON HIS ILLNESS LIKE THE CHAMPION HE IS.

River is a little boy with a big personality. Mischievous and cheeky, with a talent for lighting up a room, River moves through life with an impressive care-free beat in his step. But it was when he got sick that the strength of his character truly shone through; steadying himself for each battle with a quiet determination and wisdom beyond his years.

The discovery of tumours in River’s little body was a huge shock to his family and, like so many in their position, they had decisions to make and no time to waste in moving for urgent treatment.

Ready and waiting, Ronald McDonald House was there to offer security and stability
in a desperate and unpredictable time.

“My wife needed to stay at home with our two daughters,” said River’s dad, Dave.

“I was in shock when we first arrived at the hospital. But then, it was fight time. We were together, him and me, and we were going to fight this thing. So, we just knuckled down.”

It was hard to comprehend how seriously ill River was, but Dave knew they were going to be at the Ronald McDonald House for some time.

“Without the Ronald McDonald House we would have had to have sell our own family home to afford accommodation,” said Dave.

“It’s been a god send. It really has. Honestly, I don’t know what I would have done without the place.”

The bond between River and Dave only grew stronger while at the Ronald McDonald House. They were a formidable team that intrinsically knew they needed to stick together to make it through the incredible adversity being faced.

Battling together they could not be broken. After an initial 273 nights, River and Dave returned home to the rest of their family with the knowledge they have a home to come back to for when River’s treatment continues.

For the month of September, community members and businesses are hopping on a bike for the Ride for Sick Kids, which is an annual event aiming to raise crucial funds that will help us to keep our doors open so we can support hundreds of other families, just like River’s.

Will you jump on a bike for River?